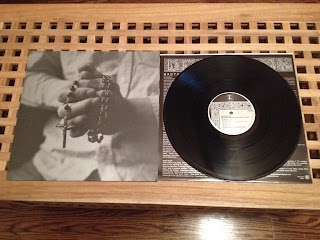 So up first, this is a copy of Devotion's LP Bastard Son of Affluence Blues from Rivalry Records. Rivalry has been a pretty inactive label for a few years now. Devotion was the project of former Go It Alone vocalist Mark Palm. Originally this entire record was supposed to be done by just Mark, which is pretty impressive, for him to play all instruments and do the vocals. He ended up having Aaron O'Neil of ON do the drums, which was a good decision because Aaron is a great drummer. This record picks up where Go It Alone left off completely, with the more Blues inspired almost Southern Rock sound. It's still a hardcore record for sure but there are other obvious influences. I really dig this record and this entire release looks great from the layout to the art to the vinyl cover. Kyle from Rivalry went with 1,100 copies on black, and no other versions. Which was a cool change for the label. I really recommend checking this band out, especially if you're in to Southern Rock and Blues. I picked this up when Devotion was on tour on the east coast, they played a show in Trenton, NJ with Outlast. As usual Outlast was great and Devotion killed it. Mark seemed like a really cool down to earth guy. I hope they put out some more releases at some point and continue to tour, I'd be in to it. 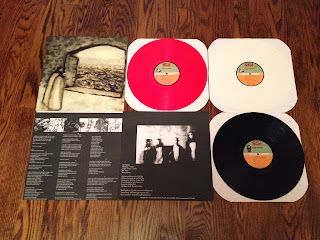 Here is my pre-order for the self-titled debut War Hungry LP. It's cool to see that this band finally was able to get around to releasing an LP. They've been around for a while and though they are a great band, there's been other projects that have taken up the member's time in the past. It always felt like this band was not a priority. It's a shame because I always enjoyed this band. This LP does not disappoint, it brings the bands sound to a another level. Six Feet Under also did a great job with the layout of this release. I'm not a big fan of the artwork, but I think for a different style of band it would work. Red is the most rare out of 99, white is out of 305 and black out of 585. 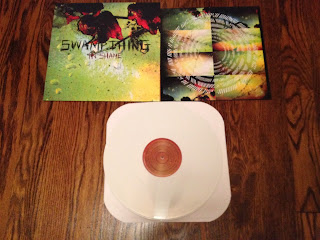 So this makes my third copy of this LP. This is a white copy of Swamp Thing's In Shame LP. This is a decent LP for the band but I still prefer their first seven inch the most. This copy from 6131 is out of 300. I think this band broke up, but I'm not really sure. 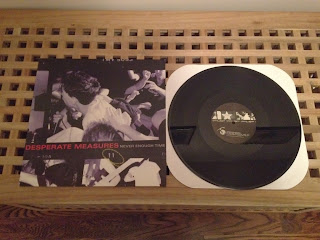 So I've always thought I should look more in to this band. I'm still not totally in to them but this is a good record to add to the Youngblood collection. This is Desperate Measures Never Enough Time. Apparently this band was huge when they were active. This copy on black is out of 400 copies. Maybe this band will eventually grow on me. 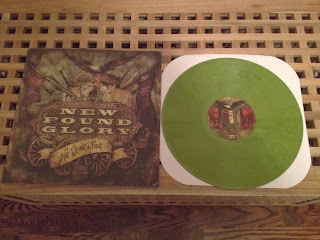 Here's a copy of the New Found Glory LP that Bridge 9 put out a few years back. I believe this is the copy on green out of 1,500 copies. Nothing too exciting for this one. I think this is the last copy of the normal press that I needed. I'm just missing the copy on pink out of 100. 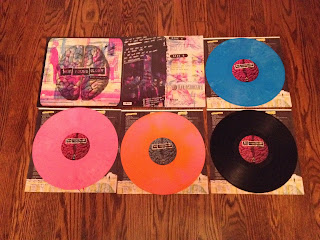 Continuing with the New Found Glory LPs, here's the more recent record they put out this time from Epitaph. This is a pretty decent release, defiantly not their best material but it's still completely listenable. Epitaph did a great job with this one, the vinyl colors, layout and everything. The Yellow/Pink mix in the middle is the most rare, out of 250. The black is the most common but I'm not sure the number of copies. 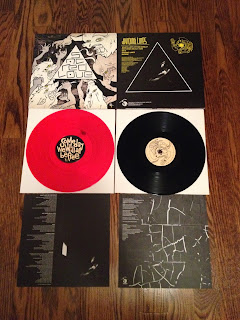 Here's my Sacred Love pre-order from Youngblood. This layout and artwork came out great. Red is out of 201 and black out of 265. This record took a while to come out and it has taken even longer for me to post about it. It's a great release however.

Renaldo and the Loaf's debut cassette in Ex con,is spotted on eBay!

There were only 200 of these,all hand made in 1979.
It was the original demo sent to Ralph records/ the residents that got em